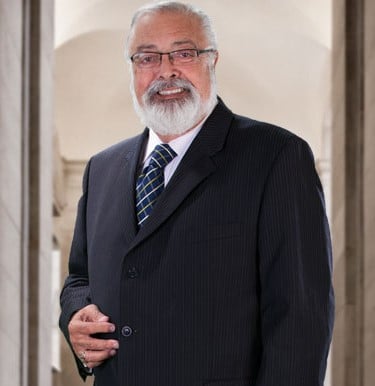 It is with great pride that OCTLA will be inducting Frank P. Barbaro into the OCTLA Hall of Fame during the Top Gun Awards Dinner and Charity Auction on December 1, 2018, at the Westin South Coast Plaza.

Born in Detroit, Michigan, Frank moved to Orange County at the age of 11, where he has resided for past 64 years.  Frank vividly remembers the struggles his mother experienced raising Frank and his sister on a woman’s wage in the 50’s at the edge of an upper middle-class neighborhood. Frank recalls “We were only able to have meat 2 times a week.”  The experience had a profound effect on Frank that would last a lifetime, instilling a tireless work ethic and commitment to fighting for justice.  By age 14, Frank had his own radio show, using the platform to help find work for Orange County youth.  During high school, Frank befriended fellow OCTLA Hall of Fame member Wylie Aitken, an auspicious meeting that forged a lifelong friendship and foreshadowed Frank’s achievements in law, service to the community and political activism.

After joining the bar in 1969, Frank joined the law firm of Kinkle, Rodiger, Graf, Dewberry, and Spriggs as an insurance defense attorney.  A skillful advocate, he found his successes as an insurance defense attorney haunting him: “I had a hard time with the outcome of many of my cases.  I recognized major, harmful and catastrophic injustices within the system of civil justice.” His path became clear. In 1973, Frank committed his practice to champion the rights of the injured, and never looked back. One of Frank’s first acts was to join OCTLA.  Over the next 45 years, he forged a prestigious career as one of Orange County’s premiere trial lawyers, focusing on personal injury, medical malpractice and public entity liability.  In 1977, Frank co-founded Horton Barbaro and Reilly with Top Gun Award recipient Jay Horton. Frank later co-founded Barbaro and Valentine with Top Gun Award recipient Kim Valentine in 2005 before founding his current firm, Frank P. Barbaro & Associates, in 2008.

Yet Frank’s legacy to Orange County bench and bar transcend the courtroom.  In 1978, Frank founded the bipartisan Committee to Preserve a Responsible Judiciary (CPRJ), which he has chaired from its inception. CPRJ is dedicated to preserving judicial independence by protecting members of the Orange County judiciary from election challenges and supporting exceptional candidates for open judicial seats.  Since 2011, Frank has served by appointment Governor Jerry Brown on the Governor’s Judicial Selection Advisory Committee for Orange County. Frank is a co-founder of Lex Romana, the Italian American Lawyers of Orange County.  He also produced “The Jury,” a movie used throughout California courts to educate jurors on the trial process. Throughout his career, Frank has also served as a mentor and inspiration to many within the legal community.

In 2002, Frank was appointed by Governor Gray Davis to the Orange County Fair Board in 2002, serving until 2007. Frank has also been an influential cornerstone of the Orange County political landscape for over 40 years. Among his accomplishments: Senate candidate, longtime Chair of the Orange County Democratic Party, co-founder of the Democratic Foundation of Orange County, Orange County Campaign Chair for multiple presidential candidacies, including President Jimmy Carter, President Barak Obama, and Hillary Clinton.  Frank’s lifetime of service to the legal community and to Orange County was recognized by U.S. House of Representatives in March 2017.

Ever an individualist, Frank proclaims “I would never want to join a group that would have me as a member.”  Looking back at his 45-year membership in OCTLA, fighting for the cause of civil justice and a strong and independent Orange County bench, and his innumerable contributions to legal and cultural landscape of Orange County, we are grateful he occasionally broke that rule.  OCTLA is honored to welcome Frank Barbaro as the newest member of the OCTLA Hall of Fame.