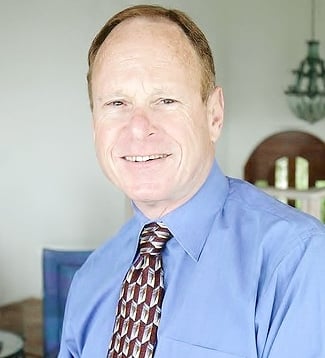 Compassionate, wise, intelligent and experienced are only a few of the terms used by fellow attorneys and clients to describe Byron Rabin.   His easy going personality and ability to put people at ease and feel comfortable with him, has been an asset to his career both in litigating cases and in mediation.

Orange County Superior Court Judge Robert J. Moss said “Byron is truly the epitome of the old school lawyer.  He has tons of experience and skill, but more importantly he always treats others with respect and civility.”

Byron graduated with honors from San Jose State College in 1978, receiving his BS with a Major in Business and Psychology.  He received his Juris doctorate from Hastings College of the Law in 1972.

Byron’s professional career started in early 1973.  He briefly worked at the Law Offices of Joseph M. Feinberg, handling anything that came in the door.  Later that same year he joined Rose, Klein & Marias (RK&M) as an associate and fast tracked to partnership in 1977.  While at RK&M Byron served as the managing partner of the Orange County office in addition to a stint on the firm management committee.  His years with RK&M made him one of the most knowledgeable attorneys in the state regarding the relationship between third party claims and workers' compensation.  His expertise was so well known that Judges would call him from chambers, when they were in the middle of a settlement conference, for advise and/or assistance in the resolution of a third party case.

In addition to obtaining multiple million dollar settlements and verdicts for his clients, in 1978 he represented the Gray family in the Grimshaw/Gray vs. Ford Motor Company.  He tried the case along with 2005 Hall of Fame inductee Art Hews and OCTLA Past  President, Mark Robinson Jr., in a 6 month trial.  In the Grimshaw/Gray case Ford was sued for manufacturing a flawed gasoline tank in a 1971 Pinto which led to the death of the driver and horrible burns to the young passenger.

Prior to the Grimshaw/Gray case Byron tried the declaratory relief case that secured coverage for the bullet vehicle that caused the Pinto explosion. Following a denial of coverage by the insurer of the bullet vehicle, Byron successfully argued that the ostensible agency of an independent broker bound the carrier. There was little media coverage about this aspect of the case.

Another notable case he handled was the Palm Springs Aerial Tramway case where a family watched their wife/mother decapitated in a freak accident when the bumper of the stopping mechanism broke through the viewing window of the tram. Soon after the resolution of this case the entire tram when through a reconfiguration and modernization.

One of the cases which Byron is most proud involved a lawsuit against Disneyland on behalf of his client due to Disney’s failure to contact emergency personnel and allow them onto the park.  Byron along with his associate at the time Douglas Hatchimonji (now Judge Hatchimonji) increased public safety when the case led to a change in park policy.

Acknowledged by his peers as one the finest trial lawyers in Orange County, he received the OCTLA Special Consumer Achievement Award in 1978 and the OCTLA Personal Injury Trial Lawyer of the year award in 1998.  His unwavering civility and professionalism was acknowledged by the Robert A. Banyard Inn of Court when he received the Angelo Palmieri Civility Award in 2005 for maintaining the legal profession’s highest tradition of Ethics, Professionalism and Civility.

Byron was always interested in psychology and believes that interest is what attracted him to the law and mediation.  He said “When you sit down and talk to people, you find out what's at the root of their problem."  He retired from actively practicing law in 1998. After catching up on all those missed Laguna sunsets, he turned to his passion, dispute resolution.  In 1999 he joined Judicate West as a mediator/arbitrator, specializing in a wide range of matters. Byron was not a novice at dispute resolution having been one of the initial participants in the settlement program with the Orange County Superior Court.  He served as a settlement judge pro tem and on the arbitration panel from 1975 through 2007. In 2000 he attended the Pepperdine University School of Law Straus Institute for Dispute Resolution and Advanced Mediation. Over the years he has handled thousands of cases.  Both Plaintiff and Defense attorneys’ comment that his mediation style place all parties at ease and makes the process run smoothly.  His calm demeanor makes the clients feel comfortable.   It is also said that he is tenacious in follow up for the cases that don’t settle at the initial mediation, which assists him in maintaining a high resolution rate.

Alex Polsky, a fellow mediator said “When Byron left litigation to engage in mediation, the world of PI clients lost an advocate with a special combination of sensitivity, compassion and advocacy skills.  While the clients lost a caring advocate, Byron effectively transferred those same attributes to his dispute resolution practice - for the benefit of all. “

Perhaps it is his business card that says it best “Byron Rabin, a swell guy”.